Getter better all the time.  Now I'm able to increase the pace of my runs slightly, no quicker than about 7:45 per mile though (4:48.9 per km).  I'm also not to run for longer than an hour or so for this week and next.

Things are looking good though and all is set for me to begin training as normal on Saturday 12 December.

Recently I've also been cycling quite a bit and doing the usual stretching and strength/conditioning exercises which has taken my average weekly training time to more 10 hours for the first time in two months or more.

The first thing on the horizon really is the Otley ACs annual Christmas handicap held near Timble in the wonderful Washburn Valley about 7 miles from my house.  A very good social event which will be held this year on Sunday 20 December.
Posted by Chris Carver at 16:19 No comments:

England Athletics have produced a newsletter, Setting The Pace, which is available to download from their website. The winter 2009/10 edition has a short article about the recent Commonwealth Championships in Keswick.

I've also noticed that recently England Athletics have started putting much more ultra stuff on their site and have even included some English records - take a look.

At the moment I'm averaging about 8h 45 training per week which I'm quite pleased about considering my recent illness.  I know it's a long way short of the 20 hours + I was managing at the end of August but I'll get there in the coming months ... the key is not to rush when it comes to recovery from either illness or injury.
Posted by Chris Carver at 16:30 No comments:

Everything is progressing very well following my recent spell in hospital.  Running has to be slow at the moment - my throat is still not up to 'puffing and panting'.

Overall I'm feeling very positive about things at the moment - things are looking good.
Posted by Chris Carver at 20:44 1 comment:

Email ThisBlogThis!Share to TwitterShare to FacebookShare to Pinterest
Labels: illness

A few weeks ago, before my recent illness, Adam Smith of fitnessfootwear.com let me have a pair of shoes from North Face - Hedgehog GTX XCR.


Unfortunately I haven't been able to wear them enough to give a proper review - they have been good though on the times I have worn them. 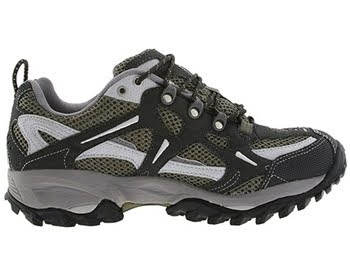 I will review them properly in December after I've worn them around the Wharfedale fields and tracks a bit more.
In the meantime you can read more about them here and here.  Other North Face shoes can be found here
Posted by Chris Carver at 18:00 No comments:

Email ThisBlogThis!Share to TwitterShare to FacebookShare to Pinterest
Labels: FitnessFootwear.com

Earlier this afternoon I went out for my first run since leaving hospital.  Only 40 minutes at a slow pace but it was good to be out in the fresh air and exercising again.

I now truly feel that I'm on my way back ... to some good performances next year.

Because of my recent illness I've had to change my list of upcoming races - a revised list of stuff I have planned at the moment is here.  Of course, this list is always subject to change.

I'm glad I had a supply of decent coffee to sustain me during my time off.  Recently I've been drinking Italian Roast by Starbucks which is excellent.   I do like the dark roasted stuff, I also seem to like Indonesian coffees and on the whole I like the excessively nutty and/or fruity coffees less.
Posted by Chris Carver at 15:44 No comments:

Received a letter recently from my MP (Greg Mulholland). Parts of it read:

"As I've previously told you, running is one of my passions, and it is great to see so many nations featuring at such a vibrant event [as the recent Commonwealth Championships]."

"I have tabled Early Day Motion 2193 ... I've drawn particular attention to the fact that there is, in my opinion, far too little coverage given of running on television.  I hope that future Championships gets a higher priority which will in turn encourage young people to get involved in the sport."

The Early Day Motion can be seen here and on reading it it is obvious that he wants the sport of ultra distance running to have a much higher media profile - particularly on television.  Let's all hope broadcasters take notice.
Posted by Chris Carver at 17:44 No comments:

You've probably all noticed that I haven't posted for a while.   The reason is straight forward - I've been ill.

If you read my report of the Commonwealth Championships you'll be aware that as a child I had a recurrent papilloma on my larynx which I last had removed in 1983.

Well, my recent illness was diagnosed as a recurrent papilloma.  To say this was a massive surprise is surely the understatement of the year.  One good thing is that when I was younger the removal of the growth was by scalpel whereas nowadays they use a laser.  This cuts down the recovery time substantially.

One minor operation later and I'm now back home and planning to start running (interspersed with walking) next week.   Until December I've got to be careful to avoid heavy breathing ...

For the past few days I've been living on soup and ice cream - the chocolate & ginger ice cream that Fay found in Ilkley is wonderful.  Almost worth having a throat operation just for this [or maybe not !!!].
Posted by Chris Carver at 18:30 1 comment: